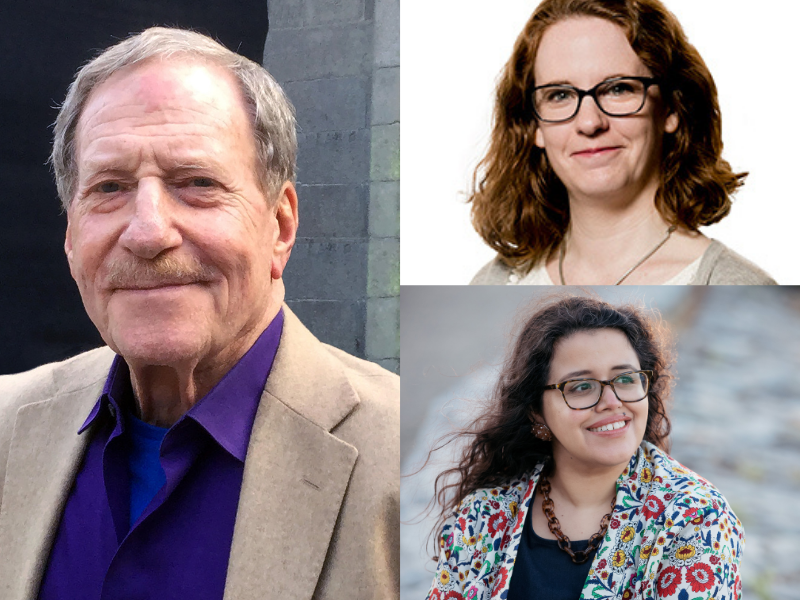 We celebrate the release of The Letters of Shirley Jackson with its editor (and Jackson's son) Laurence Jackson Hyman, Bernice Murphy, and Shirley Jackson Award nominee Silvia Moreno-Garcia.

The Letters of Shirley Jackson

The novel is getting sadder. It’s always such a strange feeling—I know something’s going to happen, and those poor people in the book don’t; they just go blithely on their ways.

Shirley Jackson is one of the most important American authors of the last hundred years, a superlative writer of the nervewracking, the uneasy, the domestic and the mysterious whose work explored angles of womanhood rarely considered, and even more rarely considered together.

This extraordinary compilation of personal correspondence has all the hallmarks of Jackson’s beloved fiction: flashes of the uncanny in the domestic, sparks of horror in the quotidian, and the veins of humor that run through good times and bad.

Written over the course of nearly three decades, from Jackson’s college years to six days before her early death at the age of forty-eight, these letters become the autobiography Shirley Jackson never wrote. They chronicle her young adulthood and her adult life: raucous holidays and trips to the dentist, overdue taxes and frayed lines of Christmas lights, new dogs and new babies. In recounting these events to family, friends, and colleagues, she turns them into remarkable stories: entertaining, revealing, and wise. At the same time, many of these letters provide fresh insight into the genesis and progress of Jackson’s writing over nearly three decades.

Compiled and edited by her elder son, Laurence Jackson Hyman, in consultation with Jackson scholar Bernice M. Murphy and featuring Jackson’s own witty line drawings, this intimate collection holds the beguiling prism of Shirley Jackson—writer and reader, mother and daughter, neighbor and wife—up to the light.

Laurence Jackson Hyman (editor), the eldest child of Shirley Jackson and Stanley Edgar Hyman, has spent most of his professional life in publishing—as a writer, photographer, editor, art director, and publisher. He is the author, editor, or co-editor of dozens of books and monographs, including two posthumous collections of his mother’s stories: Just an Ordinary Day and Let Me Tell You. He was the executive producer for the 2018 film adaptation of We Have Always Lived in the Castle.

Bernice M. Murphy (academic consultant) is an associate professor/lecturer in popular literature at the School of English, Trinity College Dublin, Ireland. She edited the collection Shirley Jackson: Essays on the Literary Legacy and has written several articles and book chapters on Jackson’s writing. She is also an expert on American horror and gothic narratives. Her current work in progress is a monograph entitled California Gothic.

Silvia Moreno-Garcia is the New York Times bestselling author of the critically acclaimed speculative novels Mexican Gothic, Gods of Jade and Shadow, Signal to Noise, Certain Dark Things, and The Beautiful Ones; the crime novel Untamed Shore, and the forthcoming noir Velvet Was the Night. She has edited several anthologies, including the World Fantasy Award-winning She Walks in Shadows (aka Cthulhu's Daughters). She lives in Vancouver, British Columbia.