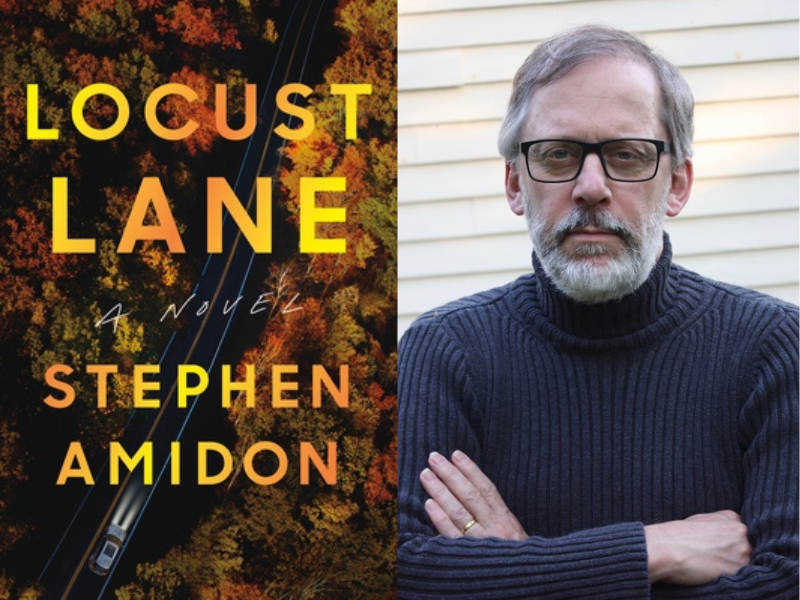 In person at Brookline Booksmith! Celebrate the release of Locust Lane with author Stephen Amidon.

For fans of Mystic River by Dennis Lehane and Little Fires Everywhere by Celeste Ng, Stephen Amidon’s Locust Lane is a taut and utterly propulsive story about the search for justice and the fault lines of power and influence in a seemingly idyllic town. Can anyone be trusted?

On the surface, Emerson, Massachusetts, is just like any other affluent New England suburb. But when a young woman is found dead in the nicest part of town, the powerful neighbors close ranks to keep their families safe. In this searing novel, Eden Perry’s death kicks off an investigation into the three teenagers who were partying with her that night, each a suspect. Hannah, a sweet girl with an unstable history. Jack, the popular kid with a mean streak. Christopher, an outsider desperate to fit in. Their parents, each with motivations of their own, only complicate the picture: they will do anything to protect their children, even at the others’ expense.

With a brilliantly woven, intricately crafted plot that gathers momentum on every page, this is superb storytelling told in terse prose—a dynamic read that is both intensely gripping and deeply affecting.

Stephen Amidon was born in Chicago and grew up on the East Coast. He lived in London for twelve years before returning to the United States in 1999. He now lives in Massachusetts and Torino, Italy. His books have been published in sixteen countries and include two works of nonfiction, a collection of short stories, and seven novels, including Human Capital, adapted as a film directed by Marc Meyers in 2019, and Security, also adapted as a film and released by Netflix in summer 2021.