Victoria Lee with Holly Black: A Lesson in Vengeance

Victoria Lee with Holly Black: A Lesson in Vengeance 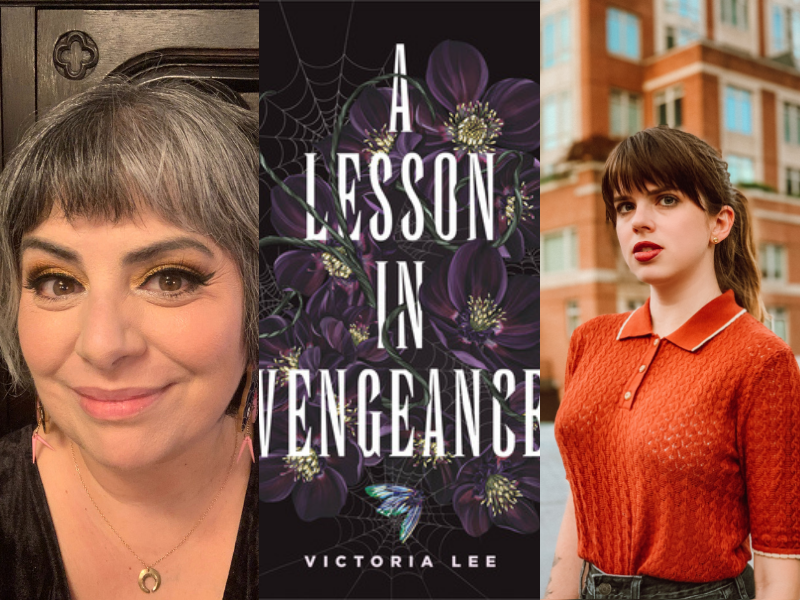 Victoria Lee is joined by Holly Black to discuss Victoria's new YA novel A Lesson in Vengeance!

A Lesson in Vengeance

Sink into a dark, twisty, atmospheric thriller about a centuries-old, ivy-covered boarding school haunted by its history of witchcraft, and two girls dangerously close to digging up the past...

Felicity Morrow is back at the Dalloway School to finish her senior year after the tragic death of her girlfriend. She even has her old room in Godwin House, the exclusive dormitory rumored to be haunted by the spirits of five Dalloway students--girls some say were witches.

Felicity was once drawn to the dark legacy of witchcraft. She's determined to leave that behind her now; but it's hard when Dalloway's occult history is everywhere. And when the new girl won't let her forget it.

It's Ellis Haley's first year at Dalloway. A prodigy novelist at seventeen, Ellis is eccentric and brilliant, and Felicity can't shake the pull she feels to her. So when Ellis asks Felicity for help researching the Dalloway Five for her second book, Felicity can't say no. And when history begins to repeat itself, Felicity will have to face the darkness in Dalloway--and in herself.

Victoria Lee grew up in Durham, North Carolina, where she spent her childhood writing ghost stories and fantasizing about attending boarding school. She has a Ph.D. in psychology, which she uses to overanalyze fictional characters and also herself. Lee is the author of A Lesson in Vengeance as well as The Fever King and its sequel, The Electric Heir. She lives in New York City with her partner, cat, and malevolent dog. Visit her online at victorialeewrites.com and follow her on Twitter and Instagram @sosaidvictoria.

Holly Black is the #1 New York Times bestselling author of over thirty fantasy novels for kids and teens. She has been a finalist for an Eisner and a Lodestar Award, and the recipient of the Mythopoeic Award, a Nebula, and a Newbery Honor. Her books have been translated into thirty-two languages worldwide and adapted for film. She currently lives in New England with her husband and son in a house with a secret library. Her website is www.blackholly.com.