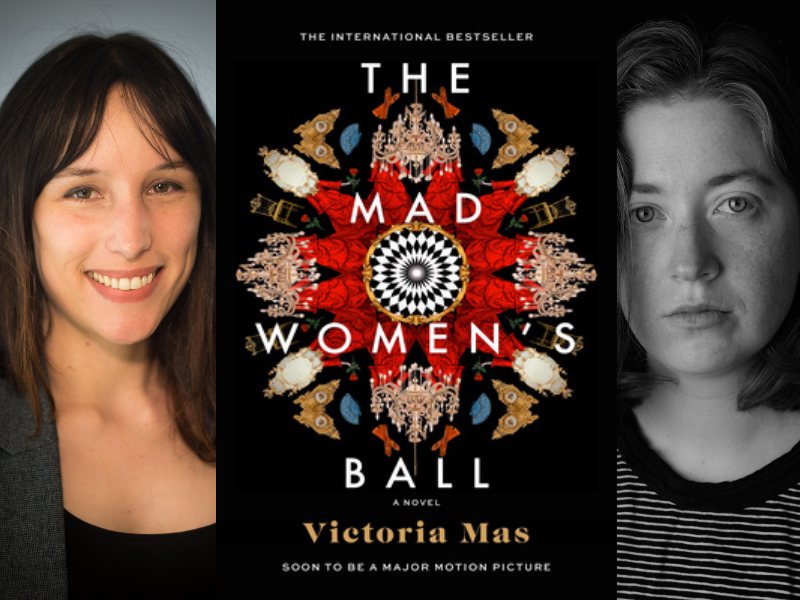 Victoria Mas, author of The Mad Women's Ball (Le Bal des folles), celebrates the release of the American edition of this French bestseller, and the release of the new movie based on the book! She is joined by novelist Fiona Mozley.

Book purchases include a signed bookplate!

The French bestseller, and inspiration for the new film on Amazon Prime, appears in English for the first time!

The Salpetriere Asylum: Paris, 1885. Dr. Charcot holds all of Paris in thrall with his displays of hypnotism on women who have been deemed mad and cast out from society. But the truth is much more complicated—these women are often simply inconvenient, unwanted wives, those who have lost something precious, wayward daughters, or girls born from adulterous relationships. For Parisian society, the highlight of the year is the Lenten ball—the Madwomen’s Ball—when the great and good come to gawk at the patients of the Salpetriere dressed up in their finery for one night only. For the women themselves, it is a rare moment of hope.

Genevieve is a senior nurse. After the childhood death of her sister Blandine, she shunned religion and placed her faith in both the celebrated psychiatrist Dr. Charcot and science. But everything begins to change when she meets Eugenie, the 19-year-old daughter of a bourgeois family that has locked her away in the asylum. Because Eugenie has a secret: she sees spirits. Inspired by the scandalous, banned work that all of Paris is talking about, The Book of Spirits, Eugenie is determined to escape from the asylum—and the bonds of her gender—and seek out those who will believe in her. And for that she will need Genevieve's help...

Victoria Mas has a master’s degree in contemporary literature from the Sorbonne. The Mad Women’s Ball, her first novel, is the winner of numerous prizes, including the Prix Stanislas and Prix Renaudot des Lycéens. It has sold more than 175,000 copies in France, with rights sold in 22 countries, and it is the basis for the film Le Bal des folles, directed by Mélanie Laurent. Victoria Mas worked in the film industry in the United States, where she lived for eight years, and currently lives in France.

Fiona Mozley was born in East London and raised in York, in the North of England. She studied history at Cambridge and then lived in Buenos Aires and London, working at a literary agency and at a travel center. Her first novel, Elmet, was shortlisted for the Man Booker Prize in 2017. She lives in Edinburgh with her partner and their dog. Mozley's second novel, Hot Stew, is available now.