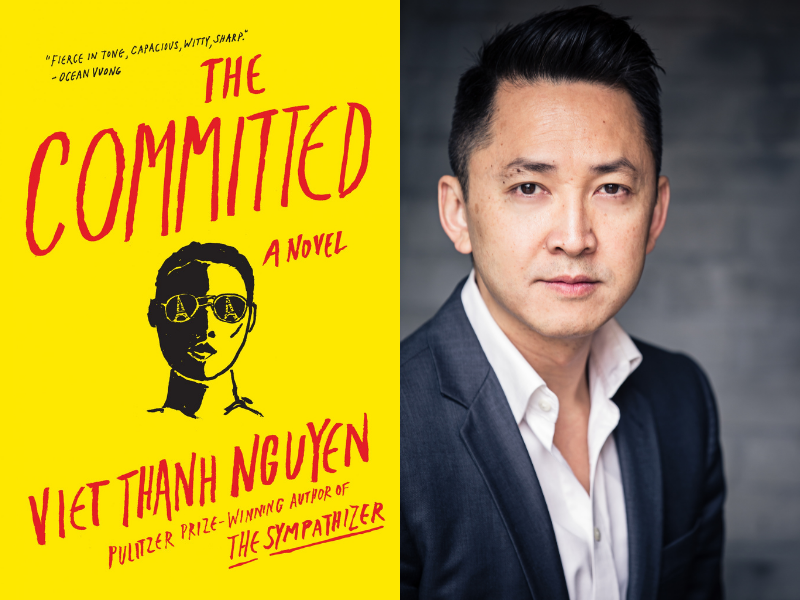 The long-awaited new novel from one of America’s most highly regarded contemporary writers, The Committed follows the unnamed Sympathizer as he arrives in Paris in the early 1980s with his blood brother Bon. The pair try to overcome their pasts and ensure their futures by engaging in capitalism in one of its purest forms: drug dealing.

Traumatized by his reeducation at the hands of his former best friend, Man, and struggling to assimilate into French culture, the Sympathizer finds Paris both seductive and disturbing. As he falls in with a group of left-wing intellectuals whom he meets at dinner parties given by his French Vietnamese “aunt,” he finds stimulation for his mind but also customers for his narcotic merchandise. But the new life he is making has perils he has not foreseen, whether the self-torture of addiction, the authoritarianism of a state locked in a colonial mindset, or the seeming paradox of how to reunite his two closest friends whose worldviews put them in absolute opposition. The Sympathizer will need all his wits, resourcefulness, and moral flexibility if he is to prevail.

Both literary thriller and novel of ideas, The Committed is a blistering portrayal of commitment and betrayal that will cement Viet Thanh Nguyen’s position in the firmament of American letters.

Viet Thanh Nguyen was born in Vietnam and raised in America. He is the author of The Sympathizer, which was awarded the 2016 Pulitzer Prize for Fiction alongside seven other prizes. He is also the author of the short story collection The Refugees, the nonfiction book Nothing Ever Dies, a finalist for the National Book Award, and is the editor of an anthology of refugee writing, The Displaced. He is the Aerol Arnold Professor of English and American Studies and Ethnicity at the University of Southern California and a recipient of fellowships from the Guggenheim and MacArthur foundations. He lives in Los Angeles.

Moderator Walter Mosley is one of America's most celebrated and beloved writers. A Grand Master of the Mystery Writers of America, he has won numerous awards, including the Anisfield-Wolf Award, a Grammy, a PEN USA's Lifetime Achievement Award, and several NAACP Image Awards. His books have been translated into more than twenty languages. His short fiction has appeared in a wide array of publications, including The New Yorker, GQ, Esquire, Los Angeles Times Magazine, and Playboy, and his nonfiction has been published in The New York Times Book Review, The New York Times Magazine, Newsweek, and The Nation. He lives in New York City.