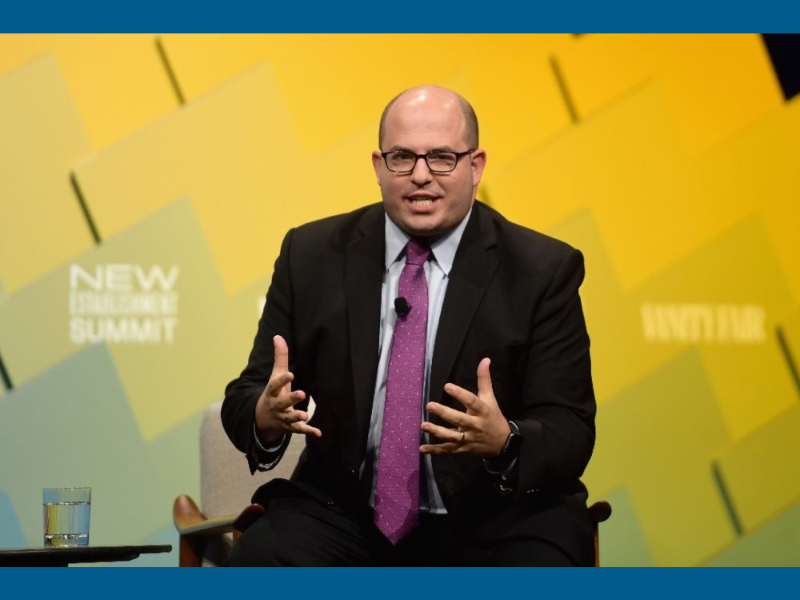 We are proud to be the official bookseller for this WBUR CitySpace event.

Join us for a conversation with Brian Stelter, former chief media correspondent for CNN and host of “Reliable Sources.” Stelter’s abrupt departure from CNN came during a time of ongoing turmoil in the news industry across the United States, after “Reliable Sources” was canceled under the direction of the company’s new president. Stelter has since been named a Walter Shorenstein Media and Democracy Fellow at the Shorenstein Center on Media, Politics and Public Policy at Harvard Kennedy School.

Here & Now co-host Scott Tong will moderate the conversation with Stelter exploring his work to deepen public and scholarly understanding about the current state of the information ecosystem and its impacts on democratic governance.

Copies of Stelter’s book “Hoax: Donald Trump, Fox News, and the Dangerous Distortion of Truth” will be available to purchase. Stelter will sign copies after the conversation.

As the nation recovers from the Trump presidency, many questions remain: Why was the COVID-19 pandemic so grossly mishandled? How did we get so politically polarized? What caused white nationalist groups to come out of the shadows, and are they here to stay?

The answers lie the twisted story of the relationship between Donald Trump and Fox News. Through firsthand accounts from over 250 current and former Fox insiders, CNN anchor and chief media correspondent Brian Stelter unlocks the inner workings of Rupert Murdoch’s multibillion-dollar media empire. The confessions are shocking: “We don’t really believe all this stuff,” a producer says. “We just tell other people to believe it.”

Stelter completes the story of the Trump years and looks toward the future of the network that made him. "Hoax" is a book for anyone who reads the news and wonders how we got here, and what happens next.