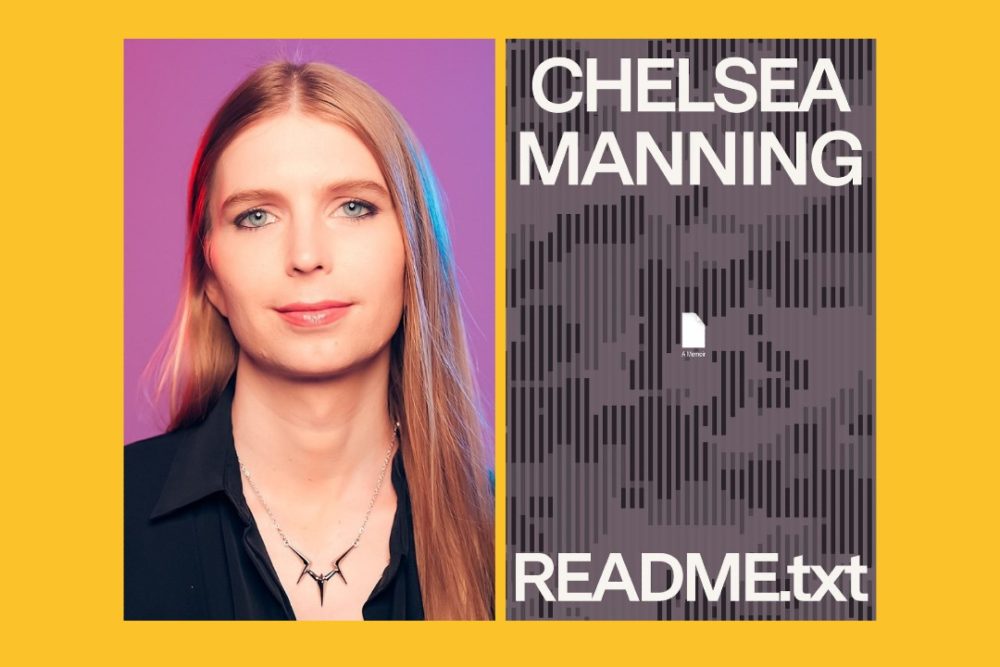 We are proud to be the official bookseller for this WBUR CitySpace event.

Chelsea Manning is at once, celebrated for transparency and at the same time a polarizing figure for disclosing more than 700,000 classified military and diplomatic documents to WikiLeaks in 2011. Manning, who was a U.S. Army intelligence analyst in Iraq at the time, was convicted by court-martial for her whistleblowing and sentenced to 35 years in prison in 2013, the longest sentence ever handed down in an American leak case.

Join Here & Now co-host Scott Tong in a conversation with Manning where she’ll discuss her much anticipated memoir, “README.txt,” and recount her early life as a computer savvy kid, what drew her to the military, her gender transition while at Fort Leavenworth prison and her life now as an activist and also DJ.

Copies of “README.txt” will be available for purchase from our bookstore partner Brookline Booksmith.

While working as an intelligence analyst in Iraq for the United States Army in 2010, Chelsea Manning disclosed more than seven hundred thousand classified military and diplomatic records that she had smuggled out of the country on the memory card of her digital camera. In 2011 she was charged with twenty-two counts related to the unauthorized possession and distribution of classified military records, and in 2013 she was sentenced to thirty-five years in military prison.

The day after her conviction, Manning declared her gender identity as a woman and began to transition, seeking hormones through the federal court system. In 2017, President Barack Obama commuted her sentence and she was released from prison.

In "README.txt," Manning recounts how her pleas for increased institutional transparency and government accountability took place alongside a fight to defend her rights as a trans woman. Manning details the challenges of her childhood and adolescence as a naive, computer-savvy kid, what drew her to the military, and the fierce pride she has about the work she does. This powerful, observant memoir will stand as one of the definitive testaments of our digital, information-driven age.