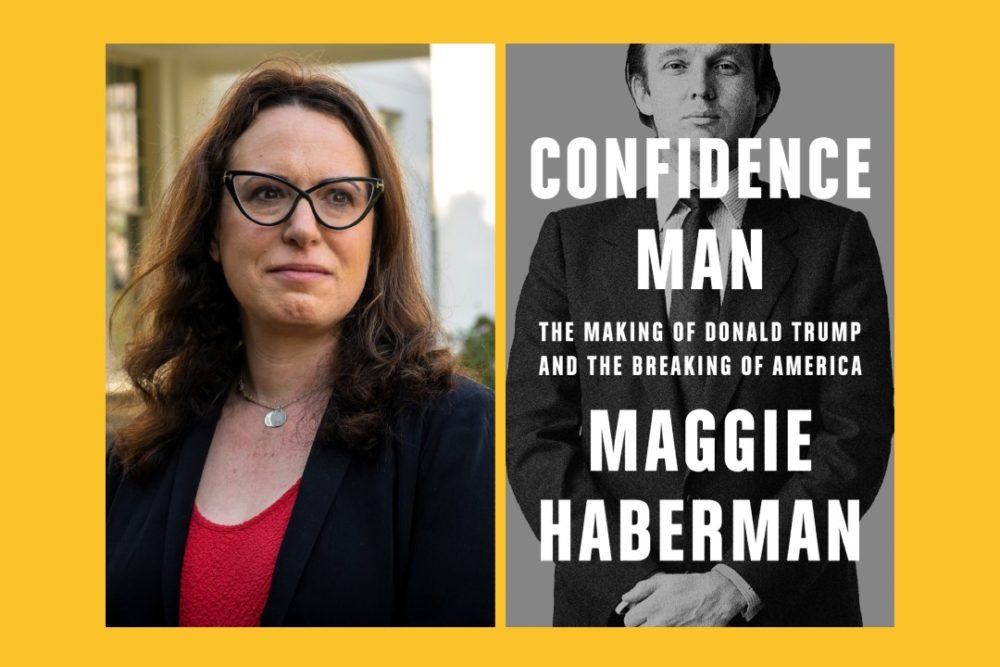 We are the proud official booksellers for this WBUR CitySpace event.

Journalist Maggie Haberman’s reporting on Donald Trump’s presidency captivated countless readers during his four tumultuous years. She and a team at the New York Times were also awarded a Pulitzer Prize in 2018 for their reporting on the investigations into Trump and his advisers’ connections to Russia. But Haberman chronicled Trump for years before his White House run and may be one of just a few journalists to understand him, his motivations and perhaps what makes the 45th President tick.

Join Here & Now co-host Scott Tong for a conversation with Haberman on her new book, Confidence Man: The Making of Donald Trump and the Breaking Of America, which reveals new insights into the Trump White House.