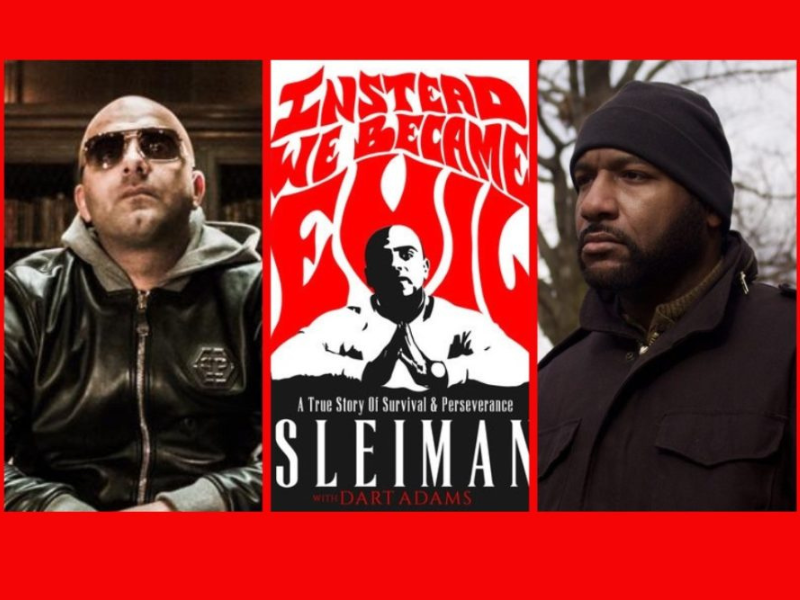 Danish rapper Sleiman’s story is one of survival and art like many in the global hip hop community. But for journalist and author Dart Adams, who documents Sleiman’s journey in a new book, “Instead We Became Evil: A True Story of Survival and Perseverance,” it’s a story echoing that of the people Adams grew up with in Boston — an immigrant tale of culture clash and a balancing act with identity.

Copies of "Instead We Became Evil" will be available to purchase and Adams will sign after the conversation.

About “Instead We Became Evil”
The violent, compelling debut provides a complex portrait of one man and the various ways in which every social system that was supposed to help him failed him, while also delving into the psychology of immigrant gangs and the young men who fall into them. But ultimately, it’s a narrative about tenacity, survival, and optimism for the future.

Sleiman was born in Lebanon during the 1982 bombardment and is a Palestinian. His family eventually moved to Denmark, but their new life there was far from perfect. Sleiman was subjected to domestic violence as well as social rejection as a Muslim immigrant. Angry and powerless, he found himself drawn to gang life.

Sleiman had dropped out of school and was one of his gang’s most feared and revered members as a teenager. He was involved in hundreds of crimes during his peak, but after surviving an attempted assassination, he addressed his demons and permanently abandoned the gang life. Sleiman is now narrating his story in his own words in the hopes of discouraging others from following in his footsteps.