YA AUTHOR AMA with Namina Forna and Stephanie Garber

YA AUTHOR AMA with Namina Forna and Stephanie Garber 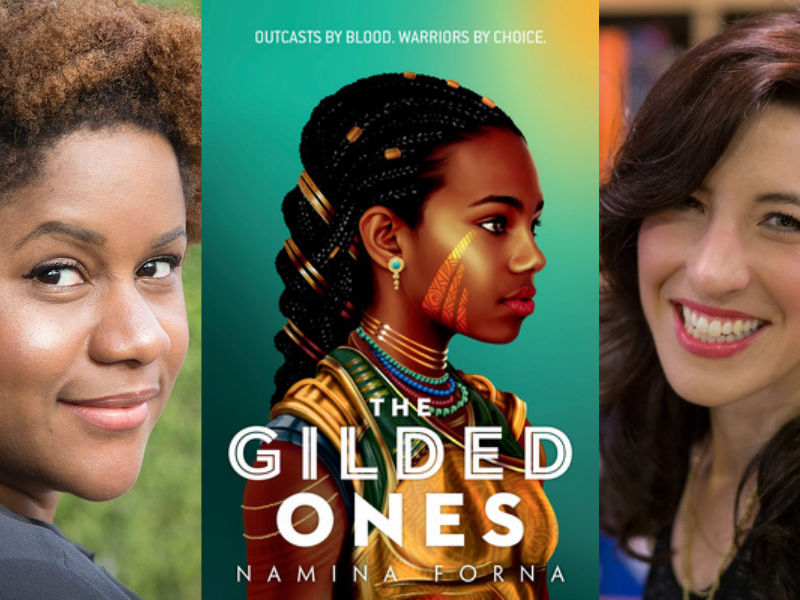 Submit questions at the link & see great YA authors rattle off their answers in a free virtual AMA celebrating the release of Namina Forna's THE GILDED ONES!

Meet The Gilded Ones - one of the most anticipated YA novels of 2021!

Sixteen-year-old Deka lives in fear and anticipation of the blood ceremony that will determine whether she will become a member of her village. She prays for red blood so she can finally belong.

But on the day of the ceremony, her blood runs gold.

A mysterious woman comes to her with a choice: stay in the village and submit to her fate, or leave to fight for the emperor in an army of girls just like her. They are called alaki: near-immortals with rare gifts. And they are the only ones who can stop the empire's greatest threat.

Namina Forna is a young adult novelist based in Los Angeles, and the author of the epic fantasy YA novel The Gilded Ones. Originally from Sierra Leone, West Africa, she moved to the US when she was nine and has been traveling back and forth ever since. Namina loves building fantastical worlds and telling stories with fierce female leads.

Stephanie Garber #1 New York Times and Sunday Times bestselling author of the Caraval series, which has been translated in over 25 languages. Her newest book, Once Upon a Broken Heart, releases September 28, 2021. When she’s not writing, she’s usually reading or watching television shows with vampires. Now that her dream of becoming a published author has come true, her new dream is to visit Club 33 at Disneyland.