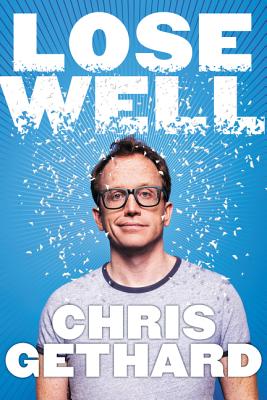 Let’s face it: we all want a seat at the cool table, a great job, and loads of money. But most of us won’t be able to achieve this widely accepted, black-or-white, definition of winning, which makes us feel like failures, that we’re destined to a life of loserdom. That’s the conventional wisdom. It’s also crap, according to comedian and cult hero Chris Gethard, who knows a thing of two about losing. Failing is an art form, he argues; in fact, it’s the only the way we’re ever going to discover who we are, what we really want, and how to live the kind of life we only dreamed about.

Chris Gethard is a comedian and creator of The Chris Gethard Show and host of the popular weekly podcast Beautiful Stories from Anonymous People. His Judd Apatow-produced one-man show, Career Suicide, premiered on HBO and was nominated for the Lucille Lortel award for its off-Broadway run. He lives in Queens, New York.