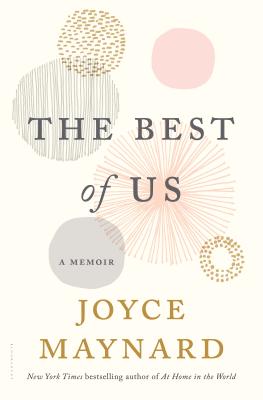 The Best of Us: A Memoir

Before they met, both the author and Jim had believed they were done with marriage, and even after they married, Joyce resolved that no one could alter her course of determined independence. Then, just after their one-year wedding anniversary, her new husband was diagnosed with pancreatic cancer. During the nineteen months that followed, as they battled his illness together, she discovered for the first time what it really meant to be a couple–to be a true partner and to have one.

Joyce Maynard was born and raised in New Hampshire.  She is the author of several books, including To Die For, Where Love Goes, Domestic Affairs, Baby Talk, and her memoir Looking Back, which she wrote at the age of eighteen.  Joyce Maynard has written for many national publications, including The New York Times Magazine, Parenting and Good Housekeeping.  She lives in Mill Valley, California, with her three children.