Notice: Online Shop is open while our store’s doors are closed. Read more 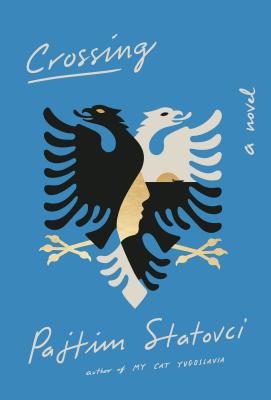 From the acclaimed author of My Cat Yugoslavia: a stunning, incandescent new novel that speaks to identity, war, exile, love, betrayal, and heartbreak.

The death of head of state Enver Hoxha and the loss of his father leave Bujar growing up in the ruins of Communist Albania and of his own family. Only his fearless best friend, Agim—who is facing his own realizations about his gender and sexuality—gives him hope for the future. Together the two decide to leave everything behind and try their luck in Italy. But the struggle to feel at home—in a foreign country and even in one’s own body—will have corrosive effects, spurring a dangerous search for new identities.

Steeped in a rich heritage of bewitching Albanian myth and legend, this is a deeply timely and deeply necessary novel about the broken reality for millions worldwide, about identity in all its complex permutations, and the human need to be seen.

Pajtim Statovci was born in Kosovo in 1990 and moved with his family to Finland when he was two years old. He is currently a Ph.D. candidate at the University of Helsinki. His first book, My Cat Yugoslavia, won the Helsingin Sanomat Literature Prize for best debut novel and his second, Crossing, won the Toisinkoinen Literature Price. He received the 2018 Helsinki Writer of the Year Award.

Ani Gjika is an Albanian-born poet, literary translator, writer, and author of Bread on Running Waters (Fenway Press, 2013), a finalist for the 2011 Anthony Hecht Poetry Prize and 2011 May Sarton New Hampshire Book Prize. Gjika moved to the US at age 18 and earned an MA in English at Simmons College and an MFA in poetry at Boston University. Her translation from the Albanian of Luljeta Lleshanaku’s Negative Space was published by New Directions in the US. Gjika’s honors include awards and fellowships from the National Endowment for the Arts, English PEN, the Robert Pinsky Global Fellowship, Framingham State University’s Miriam Levine Reader Award, and the Robert Fitzgerald Translation Prize. Her translations from the Albanian appear in World Literature Today, Ploughshares, AGNI Online, Catamaran Literary Reader, Two Lines Online, From the Fishouse, and elsewhere.