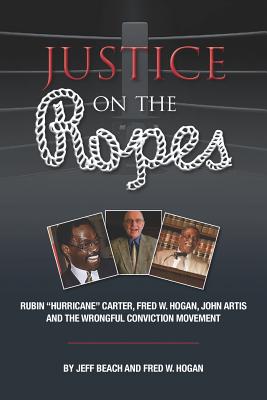 Rubin Carter and John Artis had been knocked down. But the prosecutor--who built a highly questionable case against the famous middleweight boxer, and his teenage acquaintance, in the 1966 Lafayette Bar and Grille triple murders in Paterson, NJ--did not count on a young investigator from the Office of the Public Defender. Fred W. Hogan devoted his free time, talent and energies to picking apart the case built on "eyewitnesses," who likely saw nothing they had claimed to see and exercised racial prejudice against two African-American defendants. As Hogan revealed that their statements to police were lies, the world began to pay attention.

This is event is presented in collaboration with The Trebuchet: Breaking Down Barriers / Building Bridges.