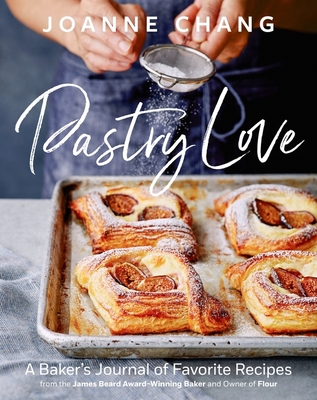 James Beard award–winning baker Joanne Chang is best known around the country for her eight acclaimed Flour bakeries in Boston. Chang has published two books based on the offerings at Flour (such as her famous sticky buns), but Pastry Love is her most personal and comprehensive book yet.

An honors graduate of Harvard College with a degree in Applied Mathematics and Economics, Joanne Chang left a career as a management consultant to enter the world of professional cooking. She started at Boston’s renowned Biba, then Bentonwood Bakery, Rialto, and New York’s Payard Patisserie and Bistro, and finally Mistral. She returned to Boston with dreams of opening her own pastry shop. In 2000, she opened Flour, a bakery and café, and has since opened seven more locations in Boston and Cambridge. Flour has been featured in Gourmet, Food & Wine, Bon Appétit, the New York Times, and Condé Nast Traveler and has received numerous Best of Boston awards. Chang also competed, and won, on Throwdown with Bobby Flay. In 2007, she opened a Chinese restaurant, Myers+Chang, with her husband, Christopher Myers. She is the author of four other cookbooks and was the recipient of a James Beard Award in 2016 for Outstanding Baker in America.