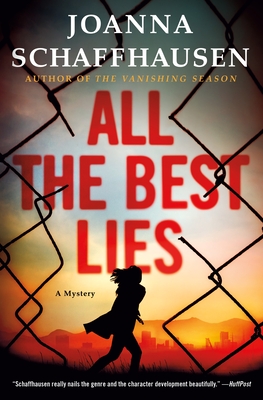 FBI agent Reed Markham is haunted by one painful unsolved mystery: who murdered his mother? Camilla was brutally stabbed to death more than forty years ago while baby Reed lay in his crib mere steps away. The trail went so cold that the Las Vegas Police Department gave up hope of solving the case - but then a shattering family secret changes everything Reed knows about his origins; his murdered mother; and his powerful adoptive father, state senator Angus Markham.

Joanna Schaffhausen wields a mean scalpel, skills developed in her years studying neuroscience. She has a doctorate in psychology, which reflects her long-standing interest in the brain—how it develops and the many ways it can go wrong. Previously, she worked for ABC News, writing for programs such as World News Tonight, Good Morning America, and 20/20. She lives in the Boston area with her husband and daughter.